Showing posts from September, 2013
Show all

Back at the easel 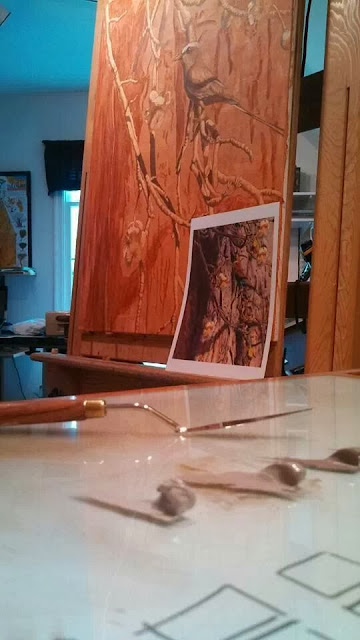 Way to much time has gone by since my last posting and much has happened since then,  too much to even try to write about.  So I'll share what I currently have on the easel and actually it is the first painting that I have worked on in almost 7 months. The drawing book kept me covered in Graphite dust since the beginning of the year. This is the latest painting in progress on the esael and it's of a Lilac-breasted Roller perched  in a Baobab tree. It is a commission from my africa trip in 2012, the collector asked for one bird and that was the LBR and me being a newbie at traveling to africa I was worried that I wouldn't see one. Apparently they are everywhere and after the first day I had enough refernece to probably paint several paintings. The composition has been completly drawn  in and the canvas is tonned ready for color that you can is mixed and ready to go in the foreground on the pallette.
Post a Comment
Read more
More posts